To kill a book? 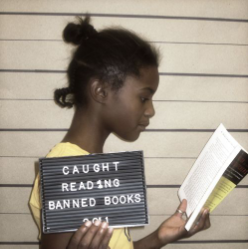 Banning books has always been something that has happened throughout history. Many
schools, districts, states, and even countries have banned books, and sometimes for seemingly odd
reasons. Books can be banned for a multitude of reasons, such as sexual content, offensive language,
religious viewpoints, violence, racism, political viewpoints, LGTBQIA+ content, and more.

Many books that are common to see in schools, and even required reading in middle and high
school English classes, have been banned in the past for one of the previously mentioned reasons. “To
Kill a Mockingbird” by Harper Lee has been banned numerous times for the obvious mention and
themes of racism. “The Catcher in the Rye” by J.D. Salinger has been banned for sexual content,
substance use, and other things that have been deemed unfit for young students to read about.
“Fahrenheit 451” by Ray Bradbury is about the banning of books itself, and yet has been banned on
countless occasions by so many places because of the “graphic content” the book contains.

The banning of these, and other books, beg the asking of several questions, however. Why
would we ban a book that speaks out and is attempting to teach against censorship itself? Is that not
highly hypocritical to ban a book that is essentially protesting censorship? Why would we ban books
about dystopian societies, when the author may merely be trying to warn us about how close we really
are to the aspects of dystopia that scare us? Books that have central themes of racism and inequality
have been banned because people are simply uncomfortable facing parts of our history. However, being
uncomfortable with these themes is exactly why books like “To Kill a Mockingbird” should stay on the
shelves and in everyone’s hands.

Censoring authors by banning their books because of our uncomfortableness and inability to
handle serious topics is not how we should handle facing said troubles. Stock the library shelves, put the
books in people’s hands.