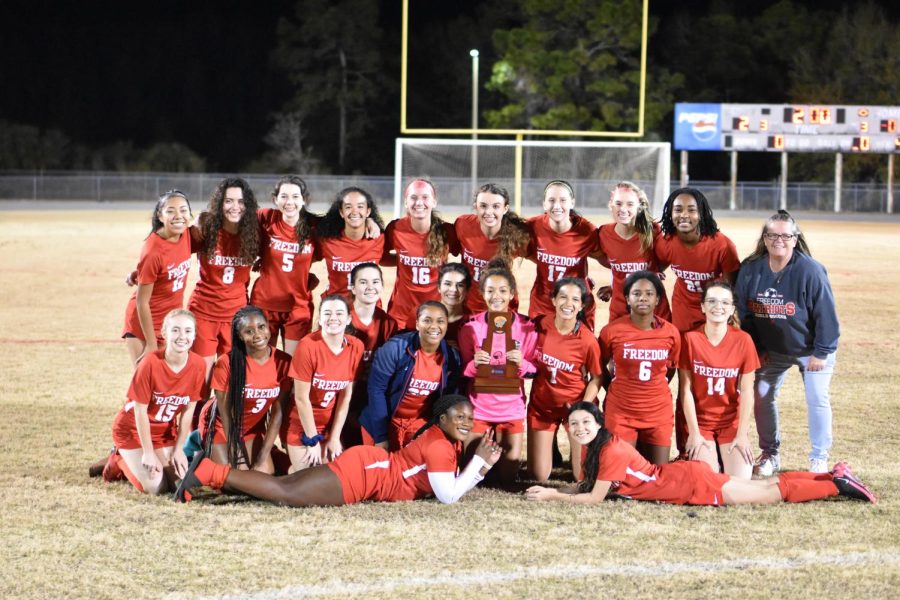 After an impressive undefeated record during their normal 2021-2022 season, the Lady Satriots had
the honor of hosting the District 5A championship against Spoto High School on their home turf at
Freedom High School.

On February 2, the patriots took the field against the Spartans at seven that night. But leading up to the
game the girls took the opportunity to get pumped, and be in the right mindset. “I wanted to take
pregame time and warm ups later on, to make sure everyone’s nerves weren’t going to be an issue and
they were focused enough to play and be successful,” Captain Keria Eckhardt, 12, said.

All three captains spent most of the day smoothing over any nerves of underclassmen. Jessica Magloire
has been in these stressful games and gave great advice to freshman Vanessa Hutto about how to go in
prepared. “ I was just having some anxiety, I mean like this is my first time where I’ll play in such a high
stakes game and it means something if I mess up… long story short Jess was so nice and told me to play
my game and be the best player I can be for the minutes I get tonight,” Vanessa Hutto, 9, said. 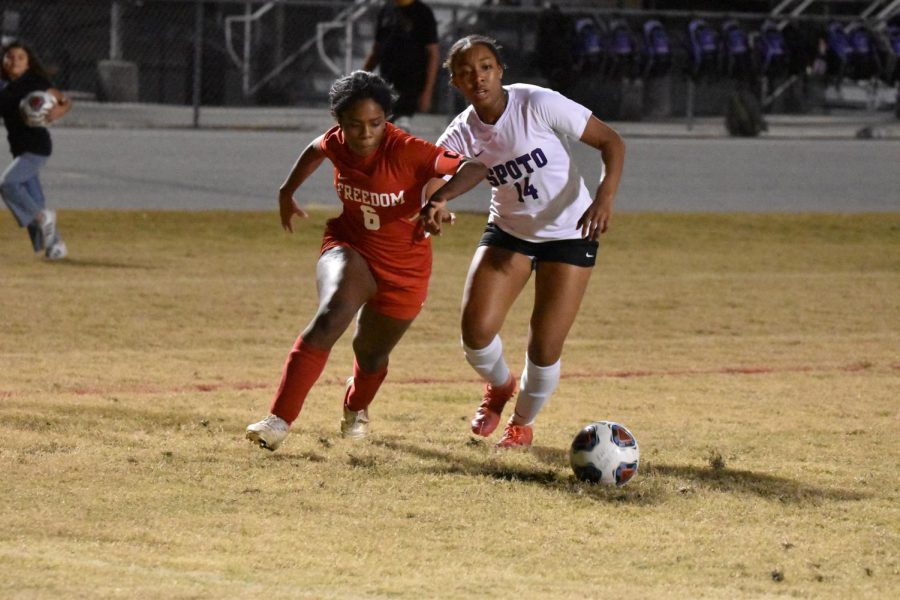 After a grueling full 90 minute game, after an eleven-year-long streak of not winning a district
championship… the Freedom Girls soccer team won the 2022 District Championship. The team played
one of their best games to this date, even after receiving five yellow cards to different players and
dealing with rude unnecessary comments directed at players on the field, the team fought through and
beat them down 7-2 and sent them home as losers.

“Winning tonight felt like achieving everything I’ve ever wanted for this team. We knew this season
was going to be the best one ever if we tried our hardest. Every single girl, starter or not, gave it their all
and we won this title. The Freedom Patriots earned this win,” Captain Camryn Bliss, 12, said.