Coach keeps his word, let’s team give him a fresh cut 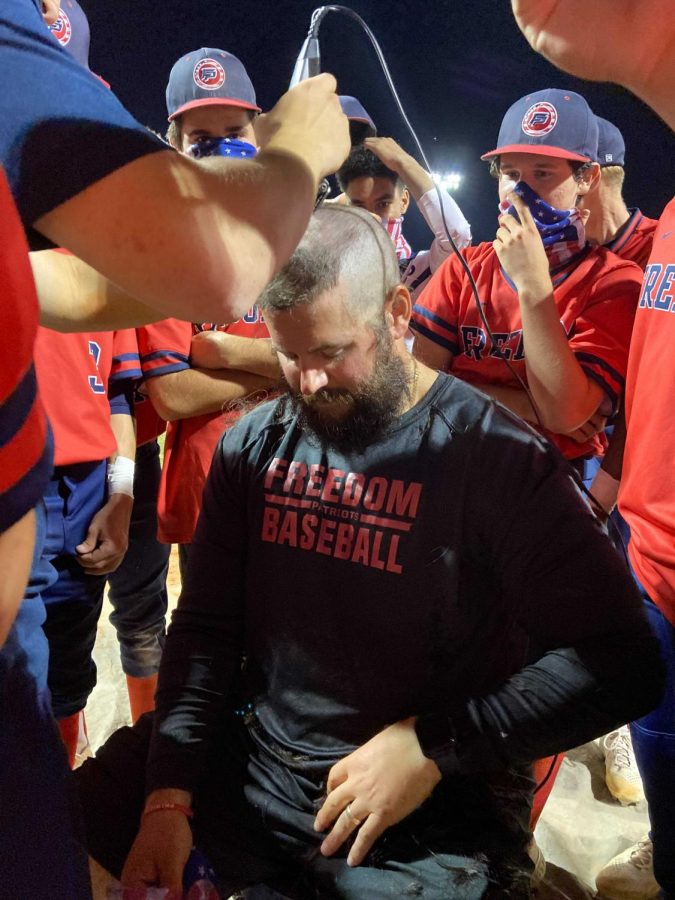 With their tenth win this season, Coach Merrell of the Freedom boys’ baseball team left the field Thursday night with half of a beard and quite a new hairstyle.

Coach held true to his promise from the beginning of the season, and the team took advantage of it, definitely not disappointing with the end result, and taking a razor straight to his beard and head.

On Tuesday of last week, the boys played against Chamberlain, ending the game with a win and a final score of 6-2. This past Thursday, they went up against Fivay, ending the game early with a mercy rule and a score of 10-0 for a solid win.

Raul Olivera, 11, said, “I think that last game has been our best game so far this season, no errors, and we were on fire hitting.”

Olivera was just one of the team members who was happy with the team’s overall performance on Thursday.

Kerry Wise, 11, was pleased with both the offensive and defensive performances by the team, saying, “defensively we were solid and made minimal mistakes, and offensively, we were hitting and doing everything we needed to do to keep putting up runs.”

Though this last game was definitely one to remember, there is a lot more that the players enjoy about the game than just winning. Lucas Richardson, 11, said that his favorite part about playing high school baseball is, “that every game is a tossup, a fight of both determination and mental toughness to go through the ups and downs and still give it your all.”