Minecraft Youtuber Dream gets called out for his controversial fans 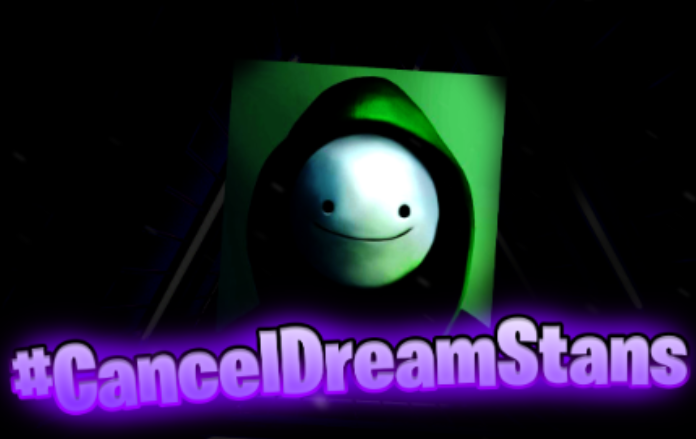 Recently, several influencers on certain social media sites have had controversies regarding their particularly obsessive groups of fans.

Around a week ago, the hashtag #CancelDreamStans was trending on Twitter. Dream, the content creator in question, is one of the most popular Minecraft youtubers, boasting around 20 million subscribers on YouTube and 1.3 million followers on Twitter. A twitter account named @coltdogster, plus several others, received massive amounts of death threats from some of his fans for having a negative opinion of him. In response to the notable controversy, Dream responded in a following tweet. “…so many people that get upset on “my behalf” for things they should just ignore and instead they use to generalize millions of people.”

The resulting hashtag and responses had both sides, those who supported Dream’s response, and those who didn’t, debating off of the morality of the situation. The former argued that it is only a few bad apples that are actually sending these death threats and that Dream is physically unable to control his 20 million subscriber audience. On the other hand, the latter is arguing that even
though Dream “fans” are okay, Dream “stans (short for stalker-fans)” are too notable and loud to be ignored, and that it is the original influencer’s fault for not condoning these practices. @coltdogster explains this very concept. “I want to exclude dream “fans” because those aren’t crazy and are great supporters of a creator they love. The stans were the ones who told me to die…”

This isn’t the first time that the Dream fandom has found itself in controversy. On February 28th, Charles White, or penguinz0 on Youtube, who is another creator on the platform, was attacked by the Minecraft fans for his own negative opinion of him. While only other notable creators on social media have been affected on a large scale, other smaller, unnoticed attacks happen everyday. Dream and his Minecraft group become trending almost everyday on their active socials as well, making this situation hard to ignore, even if one hasn’t really seen their content. On the r/dreamwastaken subreddit, many were unaware and sick of all the drama occurring, and one user, reallyreallycoolguy6, is one of them. “Seriously please stop posting about this, it’s really annoying and not funny,” he says.

Whether you support, disprove, or don’t care for this whole situation, the effects that it causes on the people affected are very real. The discussion and debated caused from the several sides will be most likely continue. This isn’t the first time, and it most certainly won’t be the last.