Could Clubhouse be the Next 4chan? 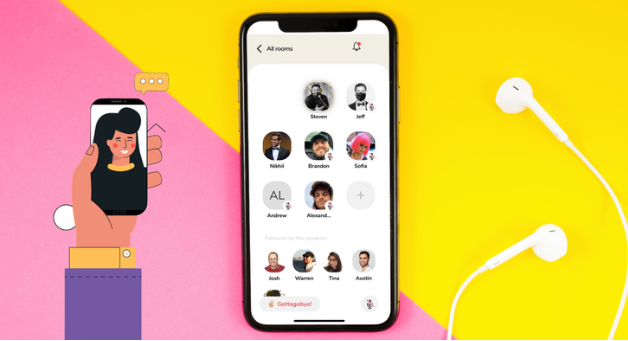 It’s rare that an app still in its beta-testing state, or development stage, receives so much attention and traffic. Whether its rapid success is due to its marketed philosophy of having an open dialogue or its noteworthy users like Elon Musk, Oprah, and Mark Zuckerberg, Clubhouse is here to stay. It just might not be as peaceful as we think.

The app which has impressively risen to success while still being in its testing stage only allows people that have been invited by users to join. Allowing people to listen in on others’ public discussions, it claims to encourage an open dialogue and a more accessible public forum. Elon Musk took advantage of the app to talk to his fans about everything from Twitter trolling to the GameStop situation in a conversation with Robinhood CEO Vlad Tenev himself. In an even more absurd but fascinating proposal, Musk tweeted at Vladimir Putin, calling on him to have a conversation on Clubhouse.

While all of these easily available conversations seem unprecedented in all the best ways, the dialogue isn’t as perfect as it seems. Clubhouse rests on the pillar of exclusivity: people can only join the app unless they are invited by a current user. Furthermore, as of right now only 5,000 people can join a single group. Because discussions are also moderated by people who can handpick who is allowed to join and who isn’t, we see the same problems starting to arise as those that are entangled in the very culture of alt-right sites like 4chan and 8chan: racist and misogynistic conversations are amplified. Including an hours long conversation which quickly became anti-Semitic or retorts against black women, the questionable conversations held on the app are plentiful1. The very aspect of public discussion on the internet that upholds beneficial conversation, whether it be through news articles, opinion pieces, or YouTube videos, is that is open to be critiqued by everyone. Instead, Clubhouse has created a forum where groups of extreme thinkers can band together and continue sticking their head in the sand.

If the app doesn’t quickly improve the way they moderate and censor their conversations, we could see the app quickly turn into the next forum for the alt-right.