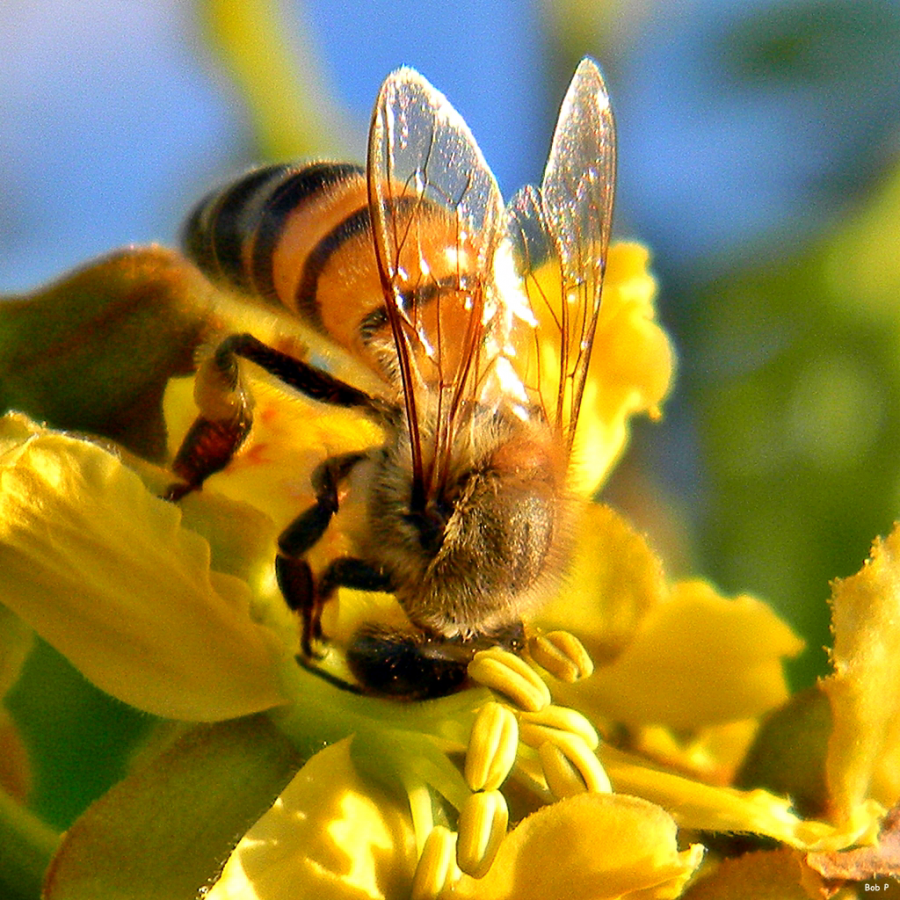 Honey bees are vital to our survival as humans and the majority of the fruits and vegetables we eat would no longer exist without them. The honey bee population is threatened by a multitude of dangers, most of which we can help to prevent. Being an officer in Environmental Club here at Freedom, this is a very important topic that we want to educate students about.

Bees are threatened by large scale monoculture agriculture and pesticides that are used on these crops. For the most part, large corporations are to blame for the widespread use of pesticides and monoculture crops.

It is believed that the use of pesticides makes bee colonies more susceptible to infection and sickness, which is hurting their numbers. The belief is that in this weakened state bees become more vulnerable to mites, fungi and in turn Colony Collapse Disorder (CCD), which is the spontaneous disappearance of the majority of worker bees in a honey bee colony.

Another potential cause of CCD is malnutrition. Monoculture fields help contribute to the malnutrition of bees because a single crop does not yield enough nutrients for a colony of bees. Honey bees require a variety of plants to choose from in order to stay healthy and productive.

A multitude of factors are contributing to the worldwide loss of honey bees. Environmental Club is trying to bring light to this dilemma that we are facing and we’re trying to educate Freedom on the topic.

The declining bee population is a very pressing issue for all of us, but I find myself realizing that many of my peers are unaware of the dangers that come along with such a problem. My generation has to work on finding solutions to this and advocate for more ethical consumption and production of products that effect bees.