Allison Howard takes over as director of Freedom’s band program 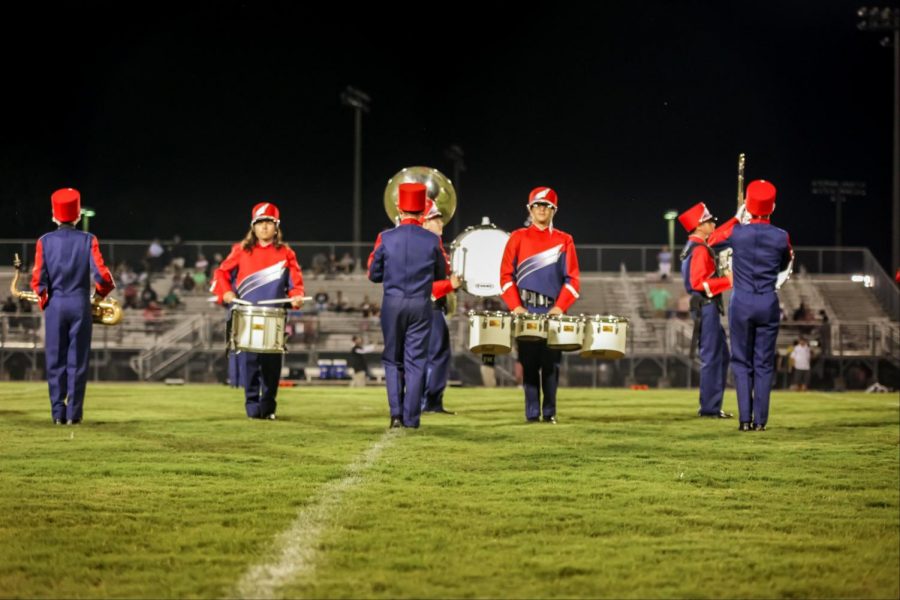 Students in Freedom High School’s Band often call it a family among the student body; but what happens when there is a replacement of one the family members?

A high school band is a group of student musicians who rehearse and perform instrumental music together. Band provides another environment and family atmosphere for band members to lean on. It affords its members to benefit enormously from participating on a team that breeds excellence.

“I have made some great memories in band,” Adam Henriquez, a saxophone player in the 11th grade, explained. “It’s always giving me new experiences.”

Mr. Reed Stricsek, who was the former band instructor left Freedom after the 2018-19 school year. Many of the students in band described how influential Stricsek was and how much he impacted their high school careers. After giving many of his years into the program, Stricsek changed some of these students lives for the better and he will be thoroughly missed.

Freedom’s Band Instructor position was filled by Alli Howard. Howard earned her Bachelors degree in Music Education in 1999 from the University of Arizona, studying saxophone with Michael Hester and Kelland Thomas.

During her seventeen years of public-school teaching, Howard has been a guest conductor and adjudicator for bands around the state of Arizona. She was an active member of AMEA (Arizona Music Education Association), serving for four years as the South-Central Region Solo & Ensemble chair, and briefly as AMEA Member-at-Large.

She was also a clinician and adjudicator for ABODA (Arizona Band and Orchestra Directors Association).

“Music is just something that I’m passionate about and I’ve spent so much of my time trying to instill that same passion in other kids” Ms. Howard explained.