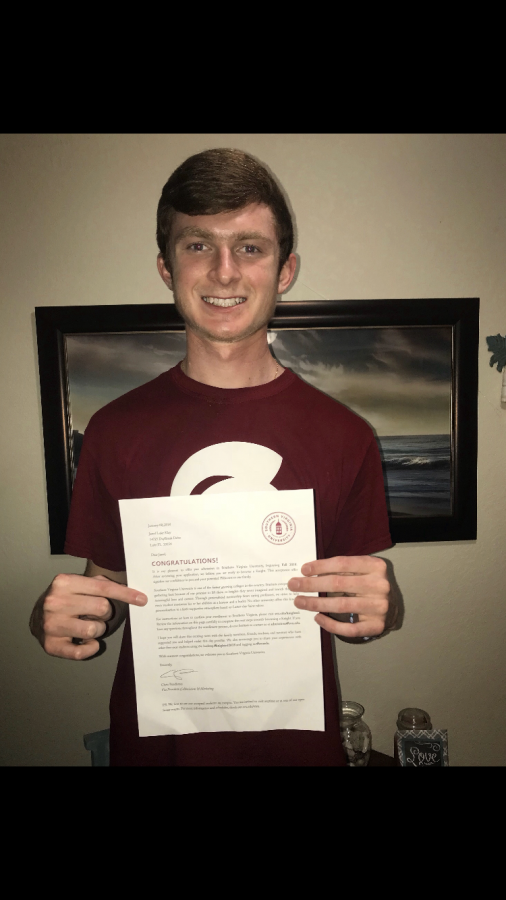 Senior Jared Klay isn’t taking the normal route after graduation. Through his church, The Church of Jesus Christ of Laterday Saints, Klay has chosen to dedicate two years after graduation to volunteering in missionary work.

The decision is a common commitment made by followers of the Mormon religion.

Klay isn’t the first member of his family to take this route. His father served his mission in Sacramento, where we met his wife, Klay’s mother. Along with his parents, many of Klay’s cousins have also participated in this missionary service.

“I’m looking forward to working with people who share my beliefs and meeting people from a different place in the world,” said Klay.

However, participants can be placed anywhere around the world, wherever there is a need for volunteers. Along with offering service in America, Klay has the opportunity to live in countries such as France, Scotland, or Costa Rica. Ideally, he would prefer to be placed in an underdeveloped country, where aid is most needed.

As the end of the school year approaches, Klay’s nerves for placement are growing. Despite his anxiety, though, he is optimistic.

“I’m looking forward to being absorbed in a new culture and language, wherever I end up living,” explained Klay.

After his two year mission, Klay will be attending Southern Virginia University. SVU is associated with the Morman church, so many of its students’ enrollments are also deferred until after their trips. Klay plans on majoring in Biology and minoring in Chemistry once he returns.

Klay is hopeful for his future as a missionary and excited about the opportunity to help others.

“I decided to do this because I want to give aid to those less fortunate than me. I’ve seen the change and happiness this church has brought to my life and I want others to know the same feeling.”