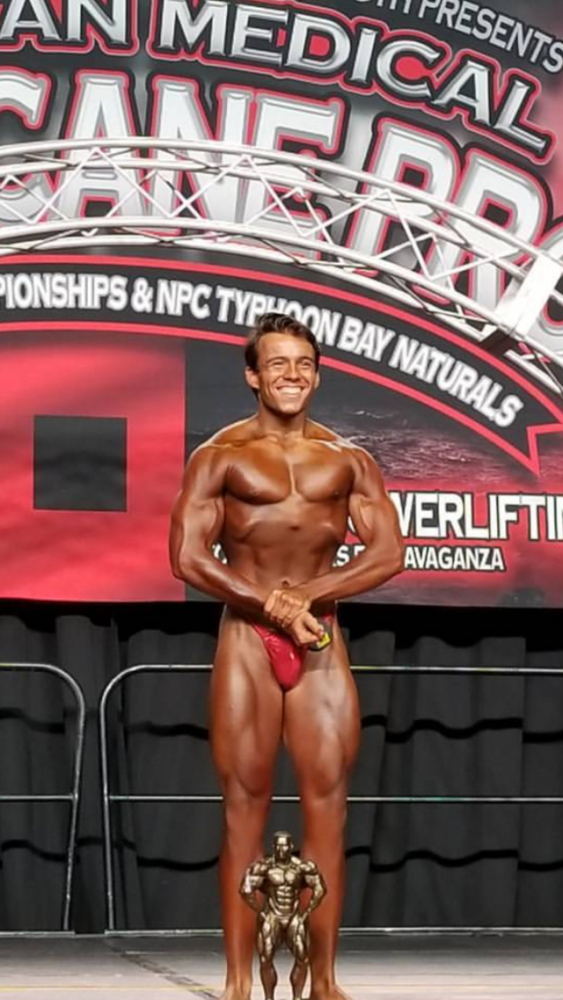 Wills returned victorious in both the Teen Bodybuilding and Lightweight Bodybuilding classes. He was the youngest on stage.

To reach prime conditioning, he worked out daily for 1 year and 8 months. For a period of five weeks, he pushed his body with a ketogenic diet, which is a no-carb diet. He drank ten gallons of distilled water in the week leading up to his competition. Wills’ hard work and dedication paid off.

In addition to maintaining his body for the next competition, he is accelerating his education to graduate high school early. Wills aims to attend FSU and earn his Masters degree in exercize physiology. His primary bodybuilding goal is to compete in the prestigious Mr. Olympia show in Las Vegas.

“It takes a lot to compete in bodybuilding and balance school at the same time,” Wills explained, “I had to wake up at 4:30 most mornings last year in order to fit cardio in my schedule. However, I have always had a natural inclination to put everything I have into what I am working towards. It is physically exhausting, but it’s something I want to do.”

His hard work and commitment to his goals have influenced those around him. He actively coaches friends to reach their fitness goals. He also sells full meal plans, where he outlines a directive of what to eat to reach a target level of body fat, for $30. Wills has turned a hobby of working out into a potential career path.

“I just want to be the best bodybuilder in the world,” Wills said, “There’s nothing more to it.”