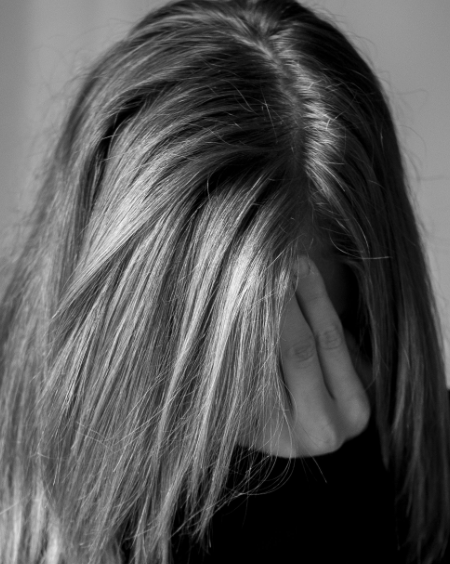 As high school students, advanced levels of stress are something that I can confidently say we have all experienced. Between a little case of procrastination, family troubles, various friendship/relationship drama, sleep deprivation, cramming for a test or something as simple as just having a bad day, being stressed out is something I believe we can all relate to. Everyone deals with stress at different levels, for different reasons, and in different ways.

In almost every classroom, you can see at least one kid who’s got their head in their hands: whether they’re dozing off into sweet dreams of a Moe’s Homewrecker Burrito and an afternoon nap, or vigorously rubbing their temples in hopes of relieving that pounding headache, just trying to stop their thoughts from bouncing around their brain at 100 miles per hour.

I know I’m not alone when I say that sometimes the act of coming to school after you’ve woken up on the wrong side of the bed feels impossible. Snoozing that alarm for just five more minutes can be so tempting. Then when you reluctantly arrive at school, staying engaged in a lengthy lecture can be ten times as trying. Not to mention bearing with the inevitable shoulder bumps in the hallway, or cringing at the sound of people who somehow find the energy to wail at seven thirty in the morning. We all have our days, and that’s just one of those inevitable things about life, especially life in high school.

But some students have even more advanced levels of stress than others. Whether they hide it or let it all hang out, it’s there. One question I have is: does anyone think about whether or not this is all normal?

Our generation, like every other generation, has been given plenty of both positive and negative stereotypes. We are lazy. We are distracted easily. We are too entitled. We are seeking constant praise. We have a poor work ethic. We are narcissistic. We are setting our expectations to high. We are not committing to anything. We are not afraid to question authority. We are ambitious. We are open minded. We are less likely to practice organized religion; we are free thinkers.

We have seen so many things occur in our generation. Between the advancement of various technologies, the first black president, the legalization of same-sex marriage and medicinal marijuana, the fight against gender inequality, the #BlackLivesMatter movement, the ugly fight against racism, sexism, and homophobia… so many things have been accomplished and there are so many more to come.

Keep it up Generation Y! Although we are often doubted, so was every generation. And look at everything that’s been accomplished throughout history. But of course there is so much more that needs to be done. There are so many things that are changing right before our eyes, and our generation has the potential and the opportunity to make our society a better place for all those to inhabit it after us. So what that we all procrastinate every now and then? That doesn’t make us any less. Higher expectations ultimately means lower success rates… at first. But as we get a hold of our changing world, we’ll see that we have the ability to do anything. So take a breath. Just because you make mistakes doesn’t mean you’re a failure, no matter how many you make. Your life is not over… it’s just beginning. Got knocked down? Get back up. Brush yourself off and prove it to yourself that you can succeed. And guess what? You will.