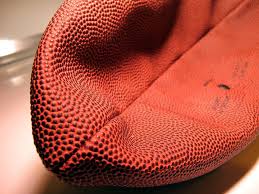 Super Bowl XLIX (49) is set to kick off on Sunday, February 1st in Glendale, Arizona as the NFC Champion Seattle Seahawks will face off against AFC Champion New England Patriots. All Super Bowls attract huge media attention in the United States, but never like this.

“Deflate-Gate” it is being called, a controversy based on recent evidence the New England Patriots used footballs that were underinflated by up to 2 pounds in their matchup against the Indianapolis Colts. Could this be an honest mistake, or a blatant attempt to win at all costs? The public anxiously awaits the answer as the NFL continues its investigation.

The NFL allows each team to supply 12 footballs for use during games. About two hours before kickoff, all 12 balls are inspected by a referee to ensure they meet NFL standards regarding size, air pressure, etc. According to reports, all twelve of the Patriots’ balls passed inspection with flying colors. Later in the game is when the real fun began. In the first half, Patriots QB Tom Brady threw an interception to Colts LB D’Qwell Jackson, who thought the ball felt funny. Jackson reported the information to Colts staff on the sidelines, who then notified the referees. During halftime, the ball was inspected and found to be roughly 2 pounds underinflated. Officials then measured the remaining balls and found that 11 out of the 12 Patriot footballs were all underinflated by roughly 2 pounds.

So what happened between the inspection by referees and Brady’s interception? It is possible that cold weather could affect air pressure inside of the ball, but the air temperature at game time was more than 50°, unseasonably warm for wintertime in Massachusetts. This has left the public to speculate.

In a news conference, Patriots head coach Bill Belichick was adamant that his team, “followed every rule to the letter,” when preparing the footballs. Belichick went on to explain that the balls were deflated from being rubbed. This was later debunked by Bill Nye the Science Guy.

“I’m not too worried about coach Belichick competing with me. What he said didn’t make any sense. Rubbing the football I don’t think you can change the pressure. To really change the pressure you need one of these, the inflation needle.”

Many people are quite skeptical of the Patriots, especially with their track record of ethics in the league.  Just a few years back, the New England Patriots were involved in another controversy dubbed “Spygate”. Yes, another –gate. Back in 2007, the New England Patriots were caught stealing signals from New York Jets defensive coaches, a big no-no in the NFL. Patriots’ head coach Bill Belichick was slapped with a hefty $500,000 fine from the National Football League.

So now what? The NFL is continuing to investigate the situation, but it is still ongoing. If it is concluded that the Patriots did in fact cheat, they are likely to lose picks in the upcoming NFL Draft and pay fines to the league.

In the article, the author provided the numerical value for the Super Bowl Roman numeral. Why do you think he did this?
In the piece, the word “adamant” most likely means what?
What is the author’s main idea?
Select two sentences from the story that would support the idea that the Patriots are guilty of cheating.
What is the connotation of the word “no-no” in the story?