“Slim”ming Down the Five-Day Workweek 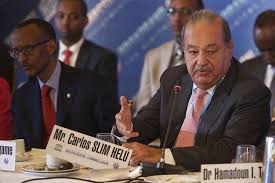 Tired of your long, boring five-day work week? Well the richest man in the world thinks that it is time for the conventional labor schedule to be thrown out the window. Mexican telecom mogul Carlos Slim, worth more than $80 billion, thinks that the world will eventually shift to a three-day work week.

“You should have more time for you during all of your life, not just when you’re 65 and retired. I am sure it will happen,” Slim said.

Slim isn’t the only multi-billionaire backing the plan; British business tycoon Richard Branson, worth more than $5 billion, has also bought into the idea.

“I firmly believe that people should be encouraged to work when, where and how they like, in order to get the best results possible,” Branson wrote on his personal blog.

While working only three out of seven days every week sounds great, you would be working more hours in those days and retiring at a later age. Slim proposed that people work 11-hour shifts for three consecutive days, then take the next four days off. To compensate for the lost hours, (the 40-hour work week would be shortened to 33 hours), Slim reasoned that the retirement age should be moved to 75.

“Having four days off would be very important to generate new entertainment activities and other ways of being occupied,” Slim added.

Not all people agree with the revolutionary plan, including Dr. Kenneth Matos, director of research at Families and Work Institute. A problem with the initiative, Matos pointed out, is that workers being paid by the hour will be earning even less than they do now. Many will most likely have to take on additional jobs to supplement expenses such as food, clothing, etc.

Another issue Dr. Matos raised was the mental toll that 11 hours of work may have on a person over an extended amount of time. He was concerned that the amount of time spent working would be emotionally draining, and actually have an adverse effect on productivity.

“One of the things that research has shown is that people can exhaust their mental resources, and they don’t recover within a couple of minutes,” Matos said. “You might need to step away for a few hours. If you’re just pushing through, that might not work for your creative process.”

This controversial transformation of the standard nine-to-five work schedule comes on the heels of Jean Tirole’s Nobel Prize in Economics.

Tirole’s ideas on managing sectors of the economy where large corporations hold monopolies were given the award. The prize is bestowed every year to the person who makes outstanding contributions in the field of economics. He re-iterated the ideas of asymmetric information, game theory, and contract theory to ensure that every marketplace is competitive and prices stay low for the consumer.

For better or for worse, the world’s economy is changing. It will be interesting to see what ideas the world’s brightest minds will implement in the future.

In the article, the author introduces billionaire Carlos Slim. How much money is Slim worth?
In the piece, the word “bestowed” most means…
What is the main idea of the text?
Select two sentences from the story, one that supports the idea of a three-day work week, and one that disagrees with the idea.
What is the meaning of the word “monopolies” mean in the text?