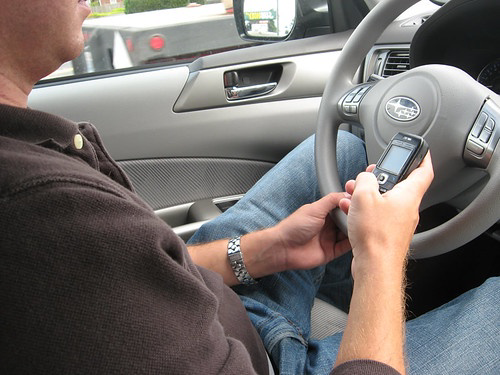 On February 22, 2018, Michelle Lunsford used an app on her phone to check where her daughter, Camryn Callaway was. She was supposed to be coming home from work and according to the app, she was on Interstate 65, but not moving. Worried, she sent her other daughter to check it out. They both would later learn that Camryn had died after running into the back of a semi-truck. The reason why: texting.

Texting and driving is a mistake that has cost many lives. Just daily, 8 people die from texting and driving. Situations like Camryn Callaway’s happen far too often from something that is preventable. Texting while driving never seems dangerous until it’s too late, and you wind up in a crash or dead.

Angelina Holloway texted her boyfriend, “I can’t wait to see you this weekend,” and that was the last text she sent before she swerved off the road and hit a tree when she was distracted by her phone.

Alexxyss Therwhanger was on her way home when she lost control of her car and collided with an oncoming vehicle. She had been texting and posting to Facebook.

Emily Huntington was killed in a car crash and an unfinished text was found on her phone.

These people were all teenagers with plans to go to college, start families, go to Prom, and more. They were all like us, eager students who had no clue what their future held.

However, we can learn from their mistakes. No text or call is that important that it needs to be answered while on the road.

Cell phone use while driving has been banned in many states, but we can all take actions ourselves to prevent any more lives from being taken.

Check in with your family and complete any texts before you start driving. Let people know not to call you because you are driving. If you receive a text or call while driving, just ignore it and respond only when you have arrived at your destination.

By just putting your phone away when driving, you can protect your life, as well as others. Make the smart decision and do not text and drive.