School Shootings from the Perspective of a High School Student 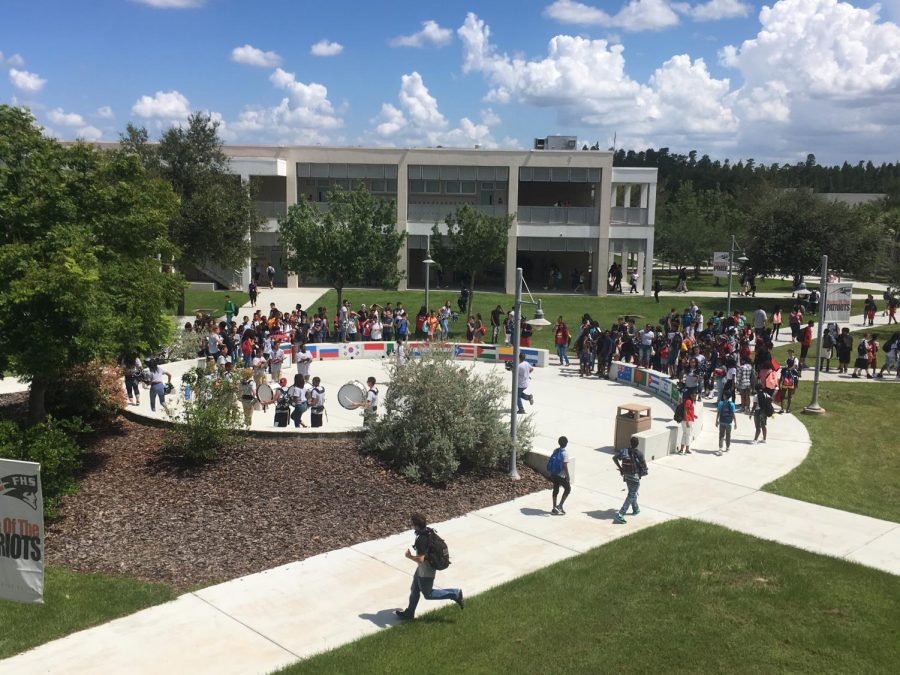 At least seventeen people are dead. Consider that fact, for just a moment. At least seventeen lives were taken at the hands of a nineteen-year-old with a gun. Reports are still coming in, but teachers and students alike were subject to a shooting on Wednesday at Marjory Stoneman Douglas High, a school located less than 300 miles south of Freedom.

To be blatantly honest, the first thing I felt when I read the headline was guilt- guilt at the lack of utter surprise I was experiencing. Sorrow for the victims of this horrendous attack? Absolutely. Devastation for the families of the dead? Of course. Surprise? Regretfully, I didn’t find myself without words. But can you blame me?

Since the start of 2018, there have been eighteen shootings at schools in the United States. We’re in February. Does that concern you?

Or how about this – a student who was at the school during the shooting posted to Twitter, expressing the fear that he was feeling. One of the responses to this tweet was, “I’ve survived this. You’re gonna be okay.”

We, as a society, have reached the point where school shootings have actually become the new normal for millennials. That needs to be the conversation here. One of the few things worse than the fear sparked by a terrible event like the one that transpired this week is the acceptance that things like this really do happen that often.

And what about the students at other schools? Is it actually that simple for someone to walk onto any school campus with a weapon capable of killing seventeen people or more? This is where controversy tends to develop about gun control.

In a perfect society, no one with ill intent would have access to these kinds of weapons. Countless arguments have been sparked over whether situations like this warrant severe restriction of civilian access to firearms in the United States or even more access, so that people can better protect themselves from the dangers of these incidents. However, these arguments all suffer from the same problem – the issue isn’t just about guns.

Take Freedom High School, for example. Gates that are kept locked from the outside during school hours surround the entire campus. The only way in, or rather, the only official way in, is signing in through the main office.

Yet who hasn’t seen someone let their friend inside during the day by simply pushing a gate open? And what about the times when these gates aren’t even locked – at the beginning and end of each school day?

My point is this – if someone with ill intent desired to enter the school, it doesn’t take a genius to do it. Students are scared, and they should be. The tragic incident that took place on Wednesday is only one example of this.

So, now what? I wish I could say that everything will be fine, that we will recover from Wednesday’s dreadful event and move forward. I wish that those who consider causing harm would look themselves in a mirror, and say, “No, I couldn’t do that. That’s just too cruel.” I tell myself that’s what will happen, in the hopes that it just might be true. Sadly, if recent history is any indication, this is just not the case. What do we do to prevent this?

Speak up. Quite honestly, that’s one of the very limited options that students have. Very few acts like these are absolutely random, without perpetrators showing any signs of hostility or intention prior to committing them. If you see something concerning, let someone – your teacher, parent, administrator, counselor – literally, anyone, know.

The unfortunate, unavoidable fact that this is the world we live in still looms over our heads. The threat is very real. Yet by speaking out and acknowledging that we, as students, really can make a difference, we may gradually create a better world – one where school shootings are not just irregular, but nonexistent.